OK, yeah, I know that “Jonathon Mast” is what appears on all the credits for my fiction. If you click that little “Published Works” tab up there, you’ll find a bunch of stories all credited to that Jon guy. And that’s me.

But that’s not my name.

You see, I use a pen name, and I thought I’d share why I do that, as well as how the heck I ended up with that name.

Years ago, I played Final Fantasy VII with a friend. Sweet! You could enter in your own name! I thought I’d be really clever and write “MASTER” as the name, so every time someone in the game talked to me they’d address me as “MASTER.”

(Few people would accuse me of being an exceptionally clever high school student.)

Except… the game would only let you enter in a name of five characters or less, as the default name of the protagonist was “Cloud.” So I typed in “MASTE” and thought that looked dumb. So I erased a letter and wound up with “MAST.”

And that became my gaming handle for any game I had. Just because of that.

Later in high school, a bunch of friends and I put together a tv show. I took an old story of mine and adapted it into a script. It was a relatively lame detective plot featuring Dixon Hill.

If you’re a big enough geek, you might realize that Dixon Hill is this guy: 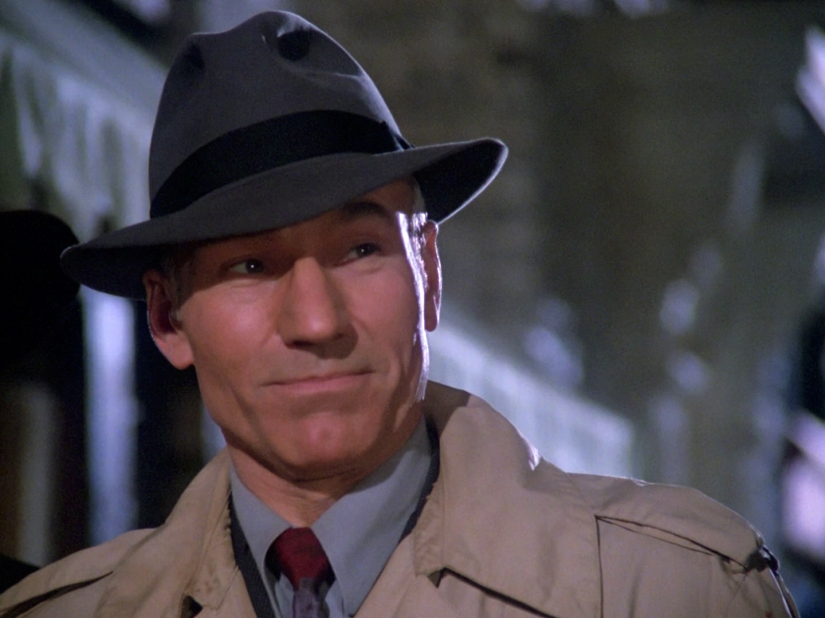 That’s right. Dixon Hill is really Jean Luc Picard, captain of the starship Enterprise. Well, that’s one of the ways he uses his free time, anyway, dressing up like an old noir detective. I just lifted the name right out.

I quickly realized this probably wasn’t the smartest way to do this kind of thing, so I thought up another name: Mast. Except this guy needed a first name. How about Jonathon?

And thus, my pen name was born, from a gamer tag and the need to give a fictional detective a different name.

So that’s why “Jonathon Mast.” But… why a pen name?

Because I’m a pastor.

Now, that’s not a fact I hide. You can read about my ministry on my other blog if you’re so inclined. But I never wanted to be “that science fiction pastor” or anything like that. My goal in my ministry is to connect people to Jesus, not to get people to buy my stories. I want they to hear God’s story, not mine!

So to separate things out a little bit, I created this alter ego.

Now, I’ve mentioned that perhaps I won’t be a pastor until retirement age. My wife and I have concocted a scheme for actually putting together my real name and “Jonathon Mast.” It’s nothing huge, but if/when I’m not a pastor anymore, I’ll likely have both names be relatively public.

But until then.. I’m Jon. Or at least that’s the name I’m using.

I'm a pastor in Wisconsin. Constantly writing, whether it be fiction or sermons or anything in between. Husband and father. Over all this, Christian, willing and joyful servant to good master Jesus. View all posts by Jon

1 thought on “But why is Jonathon Mast?”

What’s been going on here lately: