Over Bookcation I read a bad book. Like, seriously, this thing was awful. I’m glad I read it.

Now, this isn’t one of those B-movie things where it’s so bad it’s enjoyable to read. I enjoy those kind of movies. Books, when done right, can evoke that same feel. No, this particular novel was just badly written.

When you know something is good or bad, analyzing why it’s one way or another can help you grow in your own writing. You can turn a critical eye to your own work in progress and see if you’re guilty of the same sins. You can use different tactics you’ve learned in other people’s writings to enhance your own.

And in this case, I can look and see: What made this book so bad? 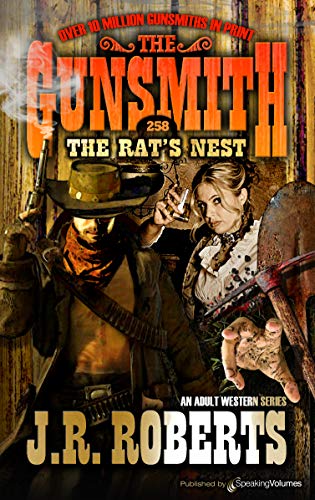 Now, I want to make something clear: I’ve not read a single other book in the series, so I have no clue if this is indicative of the quality of the series as a whole. I’ve also never read anything from that writer, so I don’t want to slam him. I don’t know how much of this is simply part of the formula in this series, or what the editors expected of him. With all that said…

The book’s first chapter begins at the point in time when the protagonist looks to be beaten. He’s hung up in a pretty unique death trap that I did appreciate. He’s not sure how he’s going to get out of it. And then the second chapter zips to how he got into this mess in the first place. Pretty standard method of beginning a story. I have no problems there.

The problem comes when the action cuts back to that scene over and over again throughout the book. There’s no forward action during those scenes, and we don’t learn anything that propelled action in the flashback chapters. It ended up feeling a lot like padding.

Lesson learned: if you’re going to flip back and forth to different times in your story, make each scene have a purpose. Don’t check in just to check in.

The catch of the book is interesting: the city is a ghost town. The villain has dug tunnels and secret passages all over to hide his gang and run off anyone else in town that’s not in his gang. Sure!

…but then we never find out why he did it. Was there some master plan? Was he going to steal something or use it as a base for further nefarious deeds? Nah. He just liked digging tunnels, I guess?

Having a good catch isn’t enough. You need to know why people do the things they do.

This book also badly failed the Bechdel test. If you’re unfamiliar: in any story, two named female characters should have a conversation not about a man. It’s actually something I use in my longer writing to make sure I’m not just writing about men doing men things. (Short stories vary widely, so I don’t use the same test there.)

There’s a few unnamed women whose only purpose in the narrative is to protect children so men can fight. Like, seriously. That’s all they do. I don’t know if they even get any spoken lines.

OK, so this is just bad. The antagonist has a girlfriend. They have a… fairly explicit sex scene. Not my thing to read that. Why is it in there? No, it doesn’t move forward the plot in the least. It is not important to establishing character for either. There’s just a sex scene dropped in.

And then, later, the same female character has sex with the hero. (Also, again, fairly explicit.) Why? Because she can.

And then she switches sides and helps the hero. He’s so good at sex he turns an antagonist into a sidekick character.

Um… sex doesn’t work that way? Pretty sure? It just makes the protagonist look like a “man’s man” in the most derogatory way possible toward women. (Oh, and the “good sex” was him being really dominant, and she liked that. So, you know. Real “manly” power trip dreams that I do not appreciate.)

So, we got pacing problems, plot problems, and character problems (with a healthy helping of misogyny, too!). Was there anything good in the book?

The length was good. Chapters averaged at about four pages each, meaning it was a fast read. I’m glad I didn’t waste a lot of time on it. But short chapters are also something I’ve enjoyed for a while now – when books have shorter chapters, they just seem to move faster to me.

So, that’s the story. The next time you find yourself not enjoying a book, don’t just put it down. Ask yourself why you’re not enjoying it. Analyze it a little. It’ll help you in your own writing!

(Though I really hope I never have a character switch sides in a conflict because the main character is just so good at sex… like, seriously, pretty sure I’ve never written that badly!)